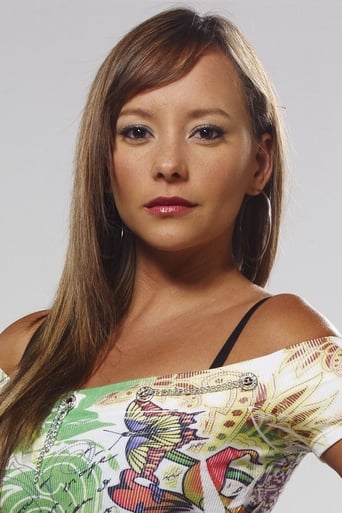 Since very little knew that his destiny would be the being actress, since the age of five years amused his family and friends playing famous characters and dancing in much festive activity is celbraba in study center. This is how Ang lica Blandon began in the world of cinema and television became staying in one of the most important Colombian actresses of the late d each. Ang lica Maria Blandon Gallo was born in the city of Pereira, a 25 April 1982 within a very traditional family, at the age of five knew that he wanted to get on TV and from there I can't stop to do so. Its most representative role was in the telenovela Paraiso Travel and role of Brenda in the TV series dolls of the mafia. A revelation, Ang lica has perfected the art of acting studying theatre with leading practitioners as Efrain Arce Aragon in the city of Medellin, also studied in the Colombian Corporation for theatre and the city of Bogota in the Superior Academy of art. After spending a few years in New York with her family and honing his craft of acting he returned to his native country and immediately comes to participate in the series Los Monachos, then participate in the Oki Doky comic series, in the novel so close and so far away. He continued his work in the theater and joined Patricia Ariza at the Guadalupe work fifties, a work that remained in the theatre for several months, considered an emblematic theatre work. Also participated in plays like Poses to sleep, sleeping beauty, the club of the bustle, the sky also there paisas. While television has participated in TV serials of complicated content as without breasts there is no paradise, the cartel of the toads and which undoubtedly made it more known in Latinoam rica it has been her role of Brenda in the novel the dolls of the mafia, where obtained the starring alongside Fernando Solorzano. Ang lica has been awarded for his involvement in the mafia dolls and dolls of the mafia as best actress and best actress protagonist in the novels three miracles. Also has ventured into the big screen with the film 180 seconds. It is a young actress who enjoys much of his family life and spend much time with their parents, one of its most outstanding virtues is that you care to maximize their image and especially his private life.

Dual Audio
Romance ,Drama,
90
min
Fragments of Love
Rodrigo, a piano-tuner and former composer fallen on hard times, begins a love affair with the soon-to-be-married Susana. When a bomb in the city of M...More.
Trailer Watch Now