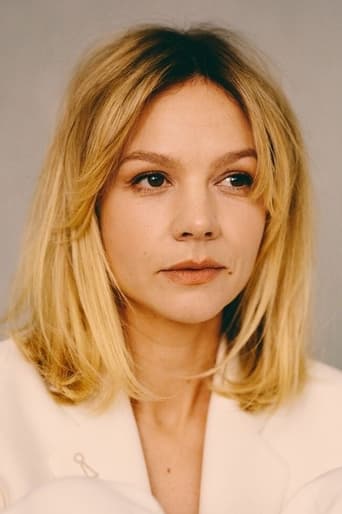 Carey Hannah Mulligan (born 28 May 1985) is an English actress. She made her film debut as Kitty Bennet in Pride & Prejudice (2005). Following Pride & Prejudice, she had roles in numerous British programs, including Doctor Who as Sally Sparrow. In 2007, made her Broadway debut in The Seagull to critical acclaim. In 2009, she gained widespread recognition for playing the lead role of Jenny in An Education, winning a BAFTA Award for Best Actress in a Leading Role. Additionally, Mulligan was nominated for a Golden Globe Award and an Academy Award for her performance. Following her breakthrough role as Jenny. Description above from the Wikipedia article Carey Mulligan, licensed under CC-BY-SA, full list of contributors on Wikipedia​

Hollywood
Drama ,Action, Thriller, Crime
100
min
Drive
A Hollywood stunt performer who moonlights as a wheelman for criminals discovers that a contract has been put on him after a heist gone wrong..
Trailer Watch Now

Hollywood
Drama ,
101
min
Shame
Brandon is a New Yorker who shuns intimacy with women but feeds his desires with a compulsive addiction to sex. When his wayward younger sister moves ...More.
Trailer Watch Now

Hollywood
Drama ,Romance, Science Fiction,
104
min
Never Let Me Go
As children, Kathy, Ruth, and Tommy spend their childhood at an idyllic and secluded English boarding school. As they grow into adults, they must come...More.
Trailer Watch Now

Hollywood
Drama ,
135
min
Mudbound
In the post–World War II South, two families are pitted against a barbaric social hierarchy and an unrelenting landscape as they simultaneously figh...More.
Trailer Watch Now

Hollywood
Thriller ,Crime, Drama,
113
min
Promising Young Woman
A young woman haunted by a tragedy in her past takes revenge on the predatory men unlucky enough to cross her path..
Trailer Watch Now

Hollywood
Drama ,History,
112
min
The Dig
As WWII looms, a wealthy widow hires an amateur archaeologist to excavate the burial mounds on her estate. When they make a historic discovery, the ec...More.
Trailer Watch Now